My first trip to Germany

I walked around Frankfurt and along the Rhine River with my gay friend PPK. Haha, he is not gay, I’m just kidding. Rhine River is like the chill zone for Germans, and it is the culture and life for Germans.  A lot of castles were built along the river, and it is really nice.

Around lunch, we met up with our friend T from Colorado. T and his family booked a B&B in Koln. It was quite far away from the station (like 15min by taxi).  However the place was hooked up, and the old lady that runs the place was really nice.  Some of the hams and cheese she served for snack were really great.  Yum.

After the World Cup opening, we went to the city by bus.  The bus system was quite sophisticated in Koln. We try hitting some clubs there, but we  were told by the person at the door that we were not elegant enough to go in… damn… Basically you need a suit to go into the “nice” clubs.  So we ended up drinking at some lively place outside, and got really drunk. 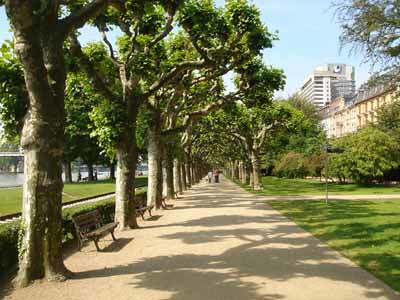